Fiordland’s extraordinary beauty is captivating and people come from around the world to witness what was once famously described as the ‘Eighth wonder of the world’ towering cliffs in the fiords, mountain peaks, wildlife and more.

Milford Sound is one of New Zealand’s top destinations. Located in Fiordland National Park it is one of our most recognisable icons.

Are you ready to delve into and learn more about our home? Here are some facts about Fiordland’s natural beauty and history to pique your interest.

Fiordland is one of the most dramatic and beautiful parts of the country and we are so lucky to have not one but three of New Zealand’s great walks right here in the national park. In a country peppered with excellent trails, you will find some of the best right here. The remote area makes for incredible backdrops as you tramp your way through the back country. A network of DOC backcountry huts are available to book for your great walk adventure and track maintenance is ongoing. The Milford Track, The Kepler Track, and the Routeburn Track are world-renowned for their scenery and adventure.

The Hump Ridge Track is soon to be the next track with great walk status in the area and we can't wait to welcome all our intrepid back country explorers every season.

The Maori name for Fiordland is Ata Whenua

Named for its dramatic peaks, plunging valleys, and waterfalls. This land is unique.

The Maori’s discovered Milford Sound more than 1,000 years ago. Tribes would travel into Piopiotahi to fish and hunt. This would also be the location where they would collect precious pounamu. The trail formed by the early Maori we know today as the MacKinnon Pass on the Milford Track.  The Maori, would often refer to the mountain terrain in the Fiordland region as "Ata Whenua", or "Shadowland" - a land so high and sheer as to rarely permit the sun through every valley. 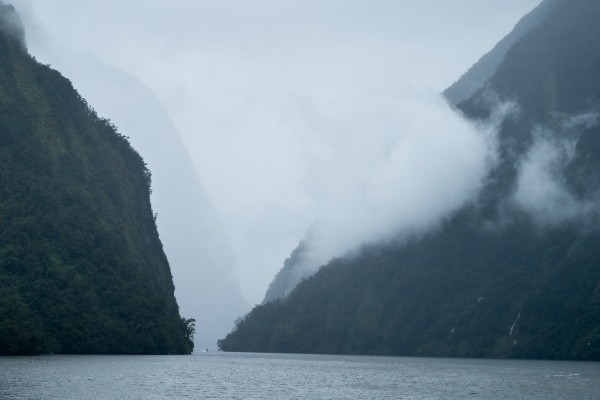 The discovery of Doubtful Sound in late 1770

Doubtful Sound was originally named Doubtful Harbour back in 1770 by Captain Cook. He did not enter the inlet as he was doubtful that is was navigable under sail. It was later renamed Doubtful Sound by the whalers and sealers who would sail the Fiordland coastline… although it is not technically a sound, it's a fiord.

The Milford Track is 53.5km long

The track will guide you from the shores of Lake Te Anau through majestic Fiordland down into Milford Sound. From the Te Anau end, Quintin MacKinnon and a companion set out to find an overland route into Milford Sound and in 1888 discovered what is now named the MacKinnon Pass. McKinnon (also spelled Mckinnon and Mackinnon) was also the first person to guide walkers from Te Anau over the pass and into Milford Sound. When visiting Fiordland you are likely to see the common forest birds such as tomtits, brown creepers, grey warblers, fantails, tui, bellbirds, and wood pigeons. Fiordland is also home to five flightless birds. The Takahe, Kakapo, Kiwi, Weka, and Penguins. The most popular bird to spot is the world’s only alpine parrot. The Kea. Coming in to land - Douglas Thorne

Yes, we have the town of Te Anau, backcountry huts, a tunnel, and an access road but the majority of the 1.2 million hectares national park is largely untouched. The peaks, the lakes, and the waterfalls look the same today as they did hundreds of years ago. As you drive through the national park and enter Milford Sound you get a feel for how grand and majestic the landscape is. Imagine being one of those early settlers? How incredible would that have been to witness first hand?

This is one of the wettest places on Earth

Don’t forget to pack your coat as Milford Sound is the wettest inhabited place in New Zealand and one of the wettest places on earth with an average of 182 rainy days per year. However, don’t let a little rain discourage your plans. Fiordland comes alive with the rainfall, hundreds and hundreds of temporary waterfalls appear from the mountain tops, the permanent falls become more powerful and you witness what a beauty mother nature truly is. 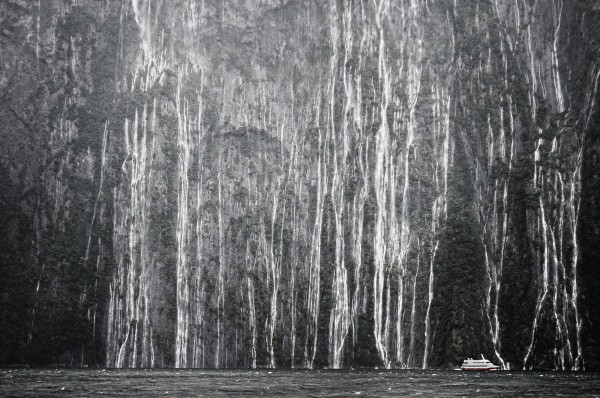 Milford Sound is not a sound

It has a nice ring to it though, doesn’t it? Milford Sound is a fiord, not a sound. Sounds are formed when a river valley is flooded by the sea, whereas Milford Sound was formed by the erosion of ancient glaciers, therefore created by ice. The Tasman Sea flooded the glacial valley, leaving us with what we see today. The early settlers named the sound Milford Haven, then Milford Sound, and when realising their mistake named the whole area Fiordland. Milford Sound is the only Fiord in New Zealand accessible by road. 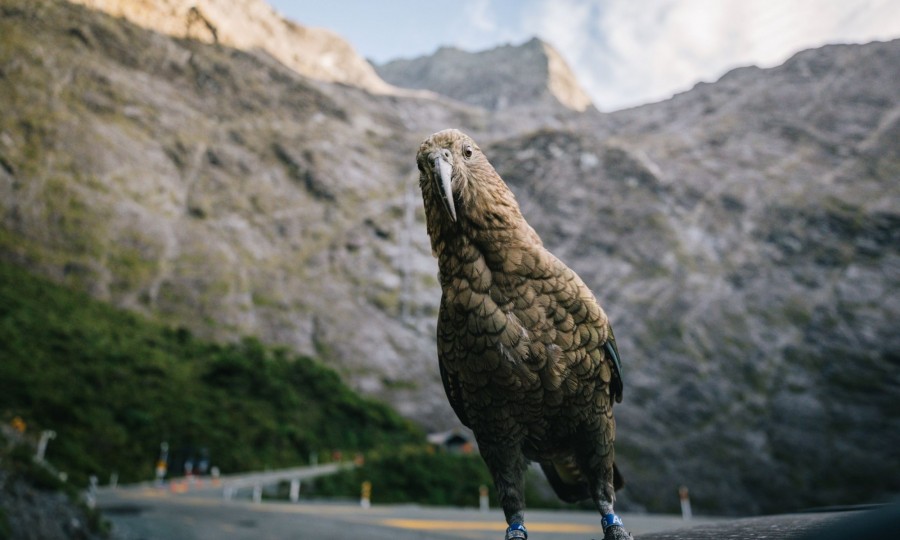 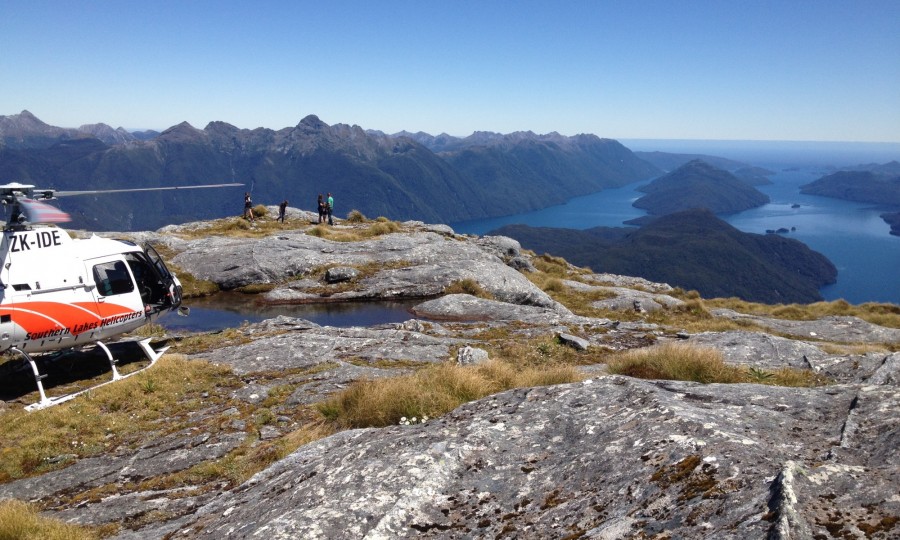 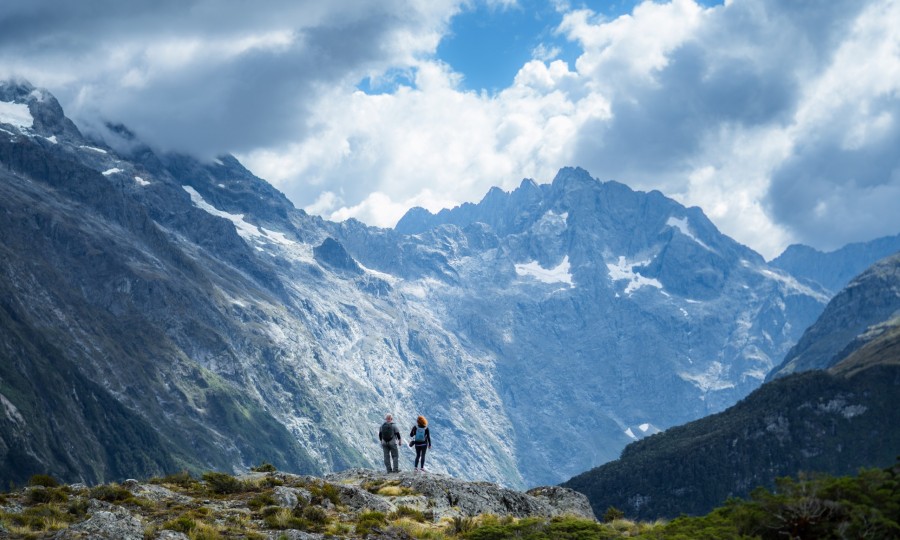